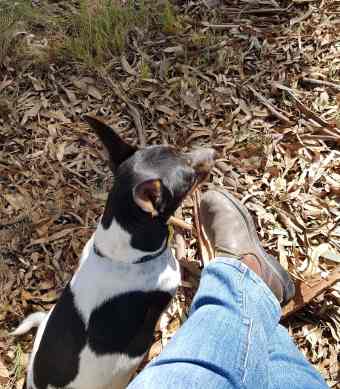 Six weeks ago I moved to my new town in the pursuit of peace, privacy and another fresh start. I knew I’d made the right decision coming to this town because it’s a region that I’ve spent a lot of time in and I feel at home here but I was feeling disheartened about having to work in yet another boring job so I applied for a Governess job on a station in the NT and surprisingly got the job!!

When it came time to do a trial run of leaving my 4 legged man behind I freaked out. I realised I couldn’t abandon this crazy little creature who has been there for me every time I’ve felt lost, hurt or alone over the past 5 years. I’m disappointed about not being able to go on this adventure but even if Hudson came with me he would feel like he’d been naughty if I left him in a cage all day (which would be the safest place for him on a station) but not something he would have coped with.

I feel annoyed with myself for getting excited about an adventure that wasn’t fair to my dog and I’ve been asking myself why is it that I feel the need to do something out of the ordinary? I have a mate who has enjoyed nearly all the jobs she’s had and I’ve often asked her if that’s because she’s a more content person than me or does she just have more normal and realistic expectations of life? The Hobbit has never come out and told me I am a diva who expects too much from life but that’s quite possibly what she’s thinking.

Anyhoo, I don’t have an explanation for why I feel the need to do crazy out-there kind of things but I do have a plan to avoid living a boring life. It quite possibly involves buying more than one lotto ticket each year and it may also include saying yes to a job here in my new town that I’ve never done before and that will be just as challenging and exciting as taking on the Governess role.

What I can tell you is I am staying put for now, at least when I reach the dribbling and insane stage of life I will be able to drive my kids nuts by reminiscing about all the different jobs I’ve worked in, the places I’ve lived and wonderful people I’ve met along the way… life wasn’t meant to be boring 🙂

Just after I lost my hair in March 2016 I set off in my little green Rav to the Man from Snowy River Bush festival, if you love the MFSR movie or poem by Banjo Paterson you will know about this festival which happens every year in the Victoria High Country, if you don’t know about the movie or poem then there is something wrong with you and I don’t think we can be friends!! 🙂 I had bought two tickets for this festival almost a year prior and planned on doing the trip with my partner at the time so when we broke up just before the festival I almost didn’t go, then when all my bloody hair fell out and I really didn’t want to go but this festival had been on my bucket list for years.

Road trips in our family always meant buying a few new CD’s, one of the songs on the CD I purchased for this trip was called We won’t cry by Archie Roach. Archie has had a bloody hard life, he was stolen from his family when he was three years old, his soul mate died of a heart attack at their home, he’s battled cancer which left him with half a lung and he’s had a stroke. When you listen to We won’t cry you can tell this man has been to hell and back but he is still facing the world one day at a time.

I had tears pouring down my face as I listened to this song over and over because it made me think of all that I had lost but I told myself that I had to sing this song out loud all the way to Corryong and back (22 hours of driving in total) until I could sing it without crying. I would like to tell ya that I managed to sing it without crying on that trip but I did not.

As I was waiting in line for my wrist band to give me access to all aspects of the MFSR festival I decided to pick the poorest looking bastard in the queue and give him my spare ticket. I approached an old fella with a ripped shirt and jeans and handed him the ticket. We chatted on the steps of the information centre then the old codger asked me to go with him to the ATM so he could give me the money for the ticket. I told him the money wasn’t important I just didn’t want the ticket to go to waste, I will never forget what happened next. Old mate cried on the steps of the information centre as he explained that money wasn’t an issue for him as he’d just sold his caravan park for 5 mil, he has 2 mil in superannuation and 2 mil in the bank and he had been planning to bring his wife to the festival for years but she had recently passed away so now he would never get to share this with her. I told old mate that if he really needed to give me the money for the ticket I’d be at the coffee shop next door for a bit.

Me and the old fella sat in the sunshine on the main street of Corryong and chatted like lifelong friends for over two hours. Driving for two days to get to this festival (even if I did cry like a big sook all the way there) was worthwhile just to spend a bit of time with this lovely old gentleman who was feeling as lost as I was.

The moral of this story is we WILL cry but we WILL survive and if we force ourselves to do things that seem impossible we will meet amazing human beings along the way that inspire us to be better people and in my opinion, trips like this make life worth living. 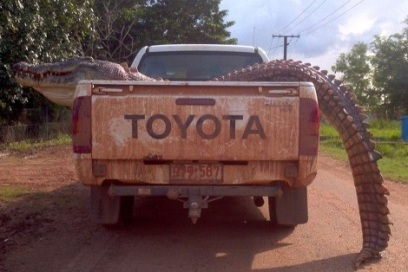 It’s been three weeks since I moved to the Fleurieu Peninsula and this spot is perfect; the beach is minutes from my rental, the climate is superb, all necessary facilities and services are within a 30 minute drive which makes life easy but…. yes there is a but… I’m bored and I need an adventure.

I’ve applied for a few jobs in the past week but most of them would be just another boring job and I’m tired of boring jobs, I’ve spent the last 30 years doing what’s required of me but surely there’s more to life than that?! One of the jobs I applied for since moving here was a Governess job on a cattle station 360 kms south of Katherine. I’ve never been a Govi before but since spending time with my mates kids in the Flinders Ranges I’ve realised I like little kids, I think it’s the maternal cluckyness that kicks in when you’re ready for grandkids.

I was chatting to my sister this week about the fact that ever since my family was destroyed by infidelity my children and I have no sense of belonging and it’s very noticeable on occasions like Easter and Christmas, our house used to be the place where everyone gathered and I bloody loved it. It makes me sad for my kids because they lost their sense of belonging too. My son has created a fabulous supportive/family network at his church and work at Victor Harbor and now that he has a gorgeous girl in his life (who comes from a loving family) he has a family environment again and I am so happy for him and proud of the man he has become despite everything he’s lost. The apple doesn’t fall far from the tree when it comes to my girl and I’m convinced she has gypsy blood flowing through her veins just like her Ma. She will settle when she meets a good man and creates her own family but in the meantime she is living life to the fullest with all sorts of interesting experiences and I love the gutsyness of my little runt.

I need to turn the sad fact that I have no sense of belonging into an opportunity where I am free to be a gypsy and meet all sorts of weird and wonderful characters along the way. South Australia will always be my home and I will settle here again once I’ve had enough of being a gypsy but until then – record levels of humidity in 60 years, isolation, scorpions, crocodiles and death adders here I come!!